She is an artist, writer and curator. Her videos have been exhibited and screened widely including: the Museum of Contemporary Art, Sydney; 2004 Sydney Film Festival, 2005 CinemaEast - New York; 2006 Copenhagen Contemporary Art Centre; Freud Museum-London; Leeds City Art Gallery; Millais Gallery - Southampton, Casoria Contemporary Art Museum-Naples; Sakakini Cultural Centre-Ramallah; Espace SD, Beirut, and 2007 Adelaide Film Festival. She has had numerous solo and group exhibitions including the Conny Dietzschold Multiple Box Gallery - Sydney and in 2003 where she won the National Photographic Purchase Award. She is curator of the 'Pressure Points: Arabic Perspectives on Tradition and the City' events and in 2007 she completed a PhD at the University of Western Sydney in Contemporary Arts.

He is a digital media artist and filmmaker. His work has been exhibited in numerous national and international festivals including; 2004 Sydney Film Festival; Berlin International Video Festival; Cadiz International Video Festival - Spain; Exground Filmfest - Wiesbaden; Germany, Fluxusonline 2006 and the 2007 Adelaide Film Festival - Australia. He has also completed key digital animations for nine large scale theatre productions including; 'Jake and Pete' which played at the Sydney Theatre Company and the Winnipeg Festival; 'Mad Bad and Spooky' the 2001 Sydney Festival; 'Stella and the Moon Man' at the Sydney Theatre and which was the winner of the 2006 Helpman Award for Best Children's Presentation. He is currently producing an animation for a 2007 Australia-Japan collaboration with the Kageboushi Theatre Company, Japan. 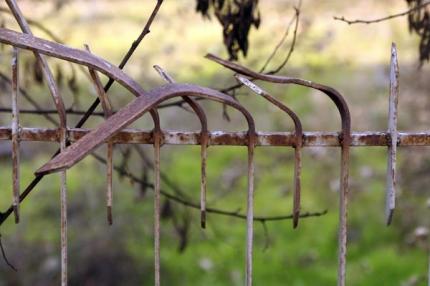 Houses, neat, some pretty, some with children playing in front, collide with sounds. Sounds remembered from so long ago, maybe from one of Beirut's many wars, maybe even from future wars. In this 6 minute video, the street scape of Broken Hill, 'the accessible outback' country town of Australia, is seen from the viewing platform of past realities, woven into a tapestry of morality, memory and experience. There, exponential repetition sets apathy on a collision course with fear and where displacement of the senses, synchronicity and loss accelerate at vertiginous speed. Mangled silences interrupt, but only to disrupt the remnants of illusion and safe living, to send eidetic shock waves through rose coloured lenses. The question of responsibility then emerges to demand if not an answer, then a pause for grief, for consideration due to the boundaries of the senses and the centrality of the body's, any-body's, pain and sorrow.