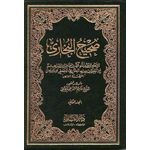 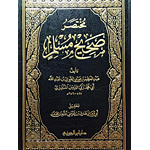 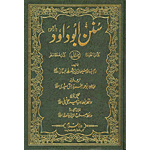 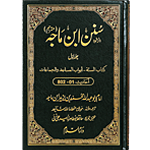 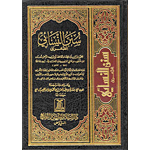 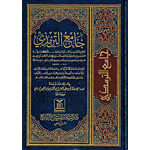 There are basically six sacred Islamic books of Hadees (Hadith) known as Kutub al-Sitta (saha satta). These books contain collection of Islamic Hadees. These Islamic books of Hadees were compiled by six Muslim scholars in the ninth century. The books have been translated into various languages including Persian, English, Bangla, Tamil and Hindi etc. The Hadees included in these books have been explained in separate books known as Sharah. The Sharah of each Hadees book is written in numerous languages. The Hadees are divided into two types Hadees e Nabvi and Hadees e Qudsi. The following is a list of six prominent canonical Hadees books:


Sahih Bukhari is one of the most prominent Hadees collections of Muslims. It was collected by a Persian Muslim scholar Muhammad Ibn Ismail AL-Bukhari (810–870 AD) 194–256 H (about 200 years after Muhammad died) and compiled during his life. The meaning of Arabic word Sahih is authentic or correct. Sahih Bukhari in Urdu is available with the facility to download pdf of this Islamic book at UrduPoint.

Imam Bukhari completed his work of Hadees during 846 CE and later spent his last 24 years of life visiting various cities and scholars for proof reading of various Hadees.

Sahih Muslim is referred to one of the six canonical Hadees collection of Islam. 1900 Hadees of the book are shared with another Hadees book known as Sahih Bukhari. Sahih Muslim is the work of prominent Muslim scholar imam Muslim. Imam Muslim was praised by many scholars during his life.

Sunan Abu Dawood is the book of Hadees and compiled by Imam Abu Dawud. Imam Abu Dawud (Dawood) was a prominent figure as a Hadees scholar. He was born in Sajistan; he spent the greater part of his life at Basra. He had keen insight in Fiqah and ijtihad.

Jami al-Tirimdhi is categorized as fifth among the six most authentic books of Hadees (Hadith). It contains about 4000 hadiths. This book of Hadees was written by Abu Isa Muhammad Ibn Isa Ibn Sawrah Ibn Musa Ibn al-Dahhak al-Sulami al-Tirimdhi who was most noted scholar of Hadees at that time. He was born and died in Baugh (Persian meaning "Garden". Tirimdhi (Tirimzi/tirimzee) lost his eyesight two years before his death.

The only surviving book of Hadees written by Ibn Majah is Sunan (Sunan Ibn Majah). This book has achieved fame and gave him (Ibn Majah) prestigious status among the scholars of Hadees (Hadith). The book ranks as the fourth book of Sunnah after the three well-known books of Abu Dawud, At-Tirimdhi, and An Nisai.

UrduPoint provides you all this Islamic stuff. You can download and read all these six Islamic books of Hadees in single click.